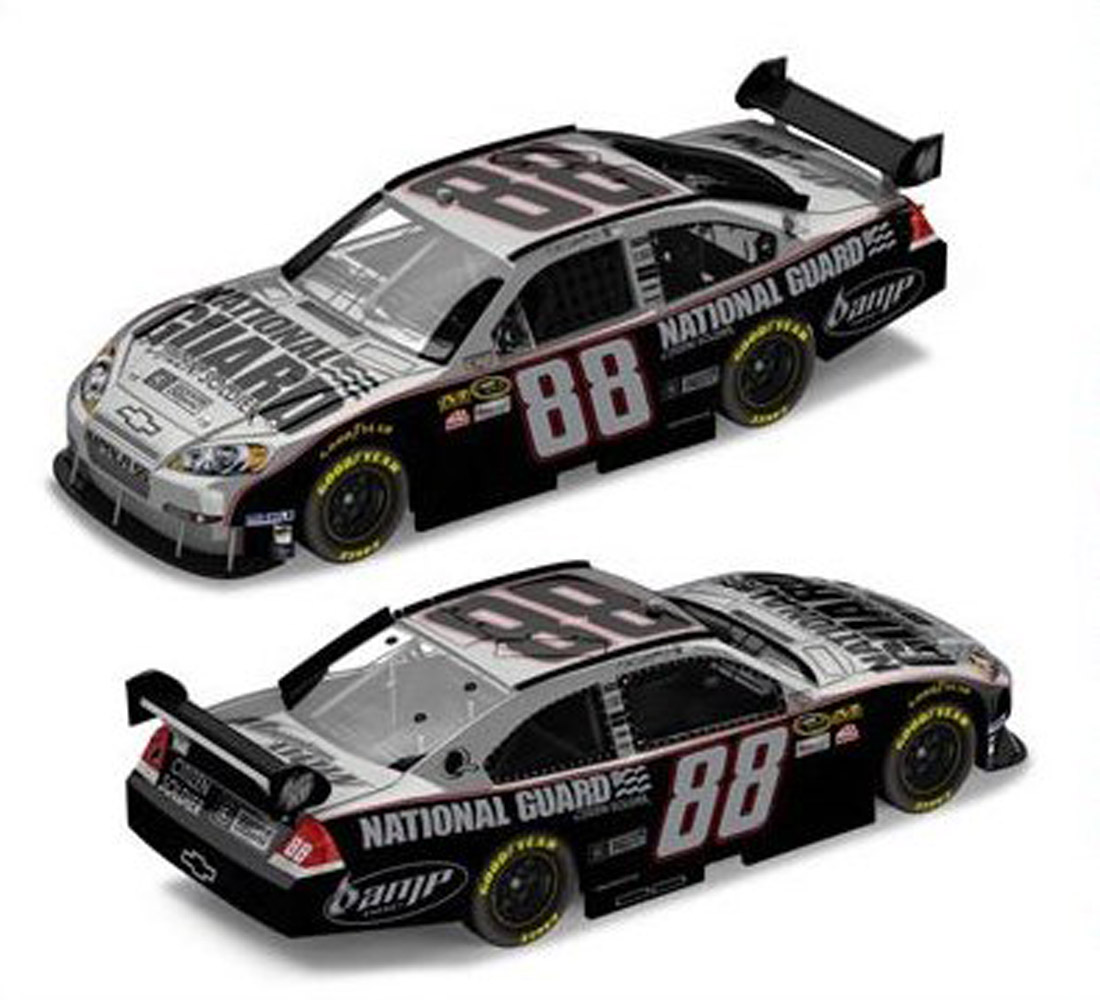 2008 Dale Earnhardt Jr #88 National Guard Citizen Soldier 1/24 car. Get your 2008 Dale Jr Citizen Soldier paint diecast cars on order now before the big rush comes. Dale Earnhardt Jr in his No. 88 National Guard will be driving a special Citizen Soldier paint scheme in the NASCAR Sprint All-Star Race at the Charlotte Motor Speedway. This special monochromatic paint scheme features an all black and silver design with a hint of red and only a few contingency logos in full color. 3 Doors Down dedicated a song they wrote for National Guard Citizen-Soldiers; NG Soldiers are "Citizen" in time of peace - "Soldiers" in time of need. Brad Arnold, lead singer from 3DD, lives in Jackson, Mississippi and during Hurricane Katrina saw first hand how the 50,000 activated National Guard Soldiers were providing disaster relief by saving lives and providing medical care. This helped inspire him to write the song "Citizen-Soldier" as a tribute to these local "Hometown Heroes". As a National Guard "Citizen-Soldier" you are allowed to live in your local community, working or going to school, but in times of need can be activated to support your local community or defend the constitution. This Special Paint Schemed car - 3 Doors Down/National Guard "Citizen-Soldier" car, which Dale Earnhardt Jr will drive during the 2008 All-Star race, will be used as a tribute to honor the men and women of the Army National Guard. Dale Jr wanted to run a car that looked like the “Grey Ghost” that Buddy Baker drove. The majority of the design work was done by Jim Gravlin at Hendrick Motorsports.