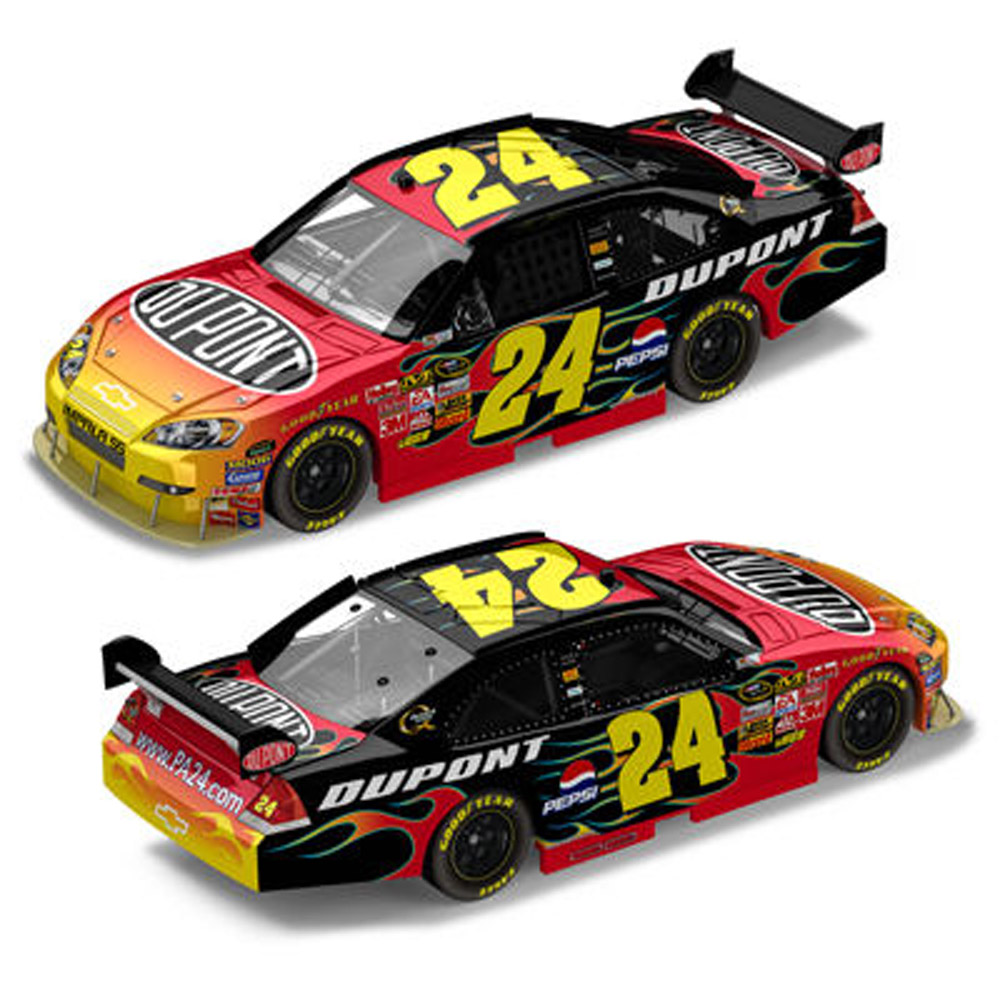 2009 Jeff Gordon #24 DuPont Chevrolet Action Platinum Series 1/24 diecast by Motorsports Authentics. Jeff Gordon announced on QVC’s shopping show "For Race Fans Only" that the primary paint scheme will change on the DuPont Chevrolet in 2009. The primary scheme seemingly changes whenever there’s a new occupant in The White House. Gordon raced the rainbow-themed DuPont Chevrolet from 1993-2000 while Bill Clinton occupied the highest office in the land. Gordon experienced his greatest career success in the rainbow car. In 2001, he changed to the fire and flames scheme and raced that for the next 8 years while George Bush ran the country. And now, the third -- and likely, final -- incarnation of the DuPoint paint scheme will be raced in 2009 and beyond. Unveiling: The new 2009 DuPont paint scheme is expected to be unveiled during the week leading up to the October 11 race at Lowes Motor Speedway.

Receive an in stock email notification for this item as soon as it becomes available.
-
$59.95 | Out Of Stock | Stock Notification
Main Menu
Banner Adverts