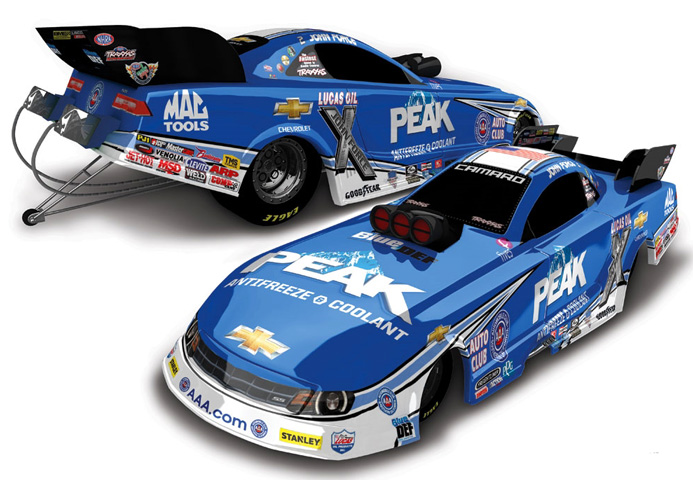 2015 John Force Peak 1/24 Diecast Funny Car. For the first time in more than 20 years, motorsports legend and 16-time Funny Car champion John Force will go full throttle in a Chevrolet Funny Car when he takes the track in the NHRA Mello Yello Drag Racing Series. With PEAK® on board as the primary sponsor to kick off the 2015 NHRA Mello Yello Drag Racing season and the power of Chevrolet at his command, there’s no doubt Force will dominate the competition as he has done more than 140 times in his incredible career. Lionel Racing is excited to present the next chapter in the collectible story of John Force Racing – the Action Racing Collectables PEAK® Chevrolet Camaro Funny Car die-cast. Crafted with precision and impeccable attention to detail, this die-cast is a must-have for Force fans – and for all those who want to celebrate an important milestone in the career of a true racing icon.