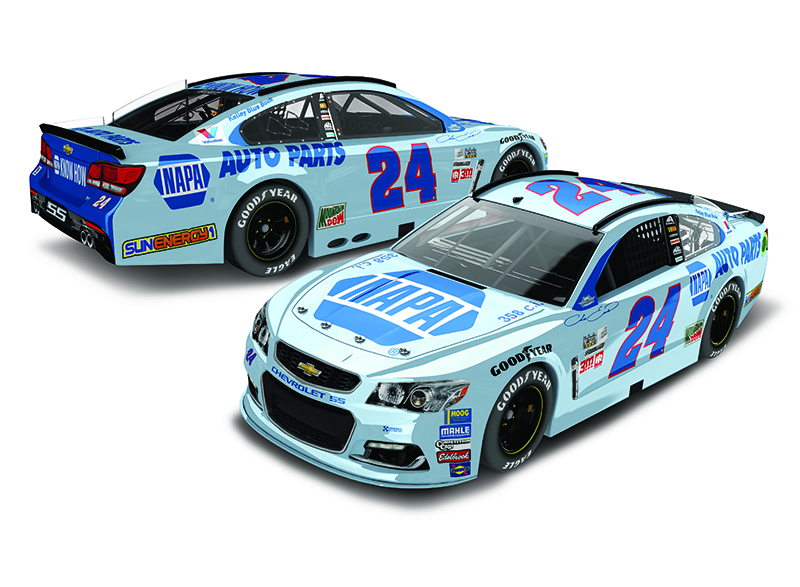 Chase Elliott’s ride for The Official Throwback Weekend of NASCAR at Darlington Raceway is truly a family affair. For one race only, Elliott’s No. 24 NAPA Chevrolet SS will pay tribute to the first paint scheme his NASCAR Hall of Fame father Bill Elliott drove in the sport’s premier series. In late 1975, Bill’s father, George Elliott, purchased a car from Bobby Allison. After the family made some modifications to the race car, they loaded up and set off for Rockingham, NC where Bill’s qualifying speed of 133.297 mph secured him a spot in his first race at the sport’s top level – The Carolina 500 at Rockingham on February 29, 1976. Now fans of the Elliott family and Hendrick Motorsports can own the Action Racing Collectables die-cast of this special throwback paint scheme. Built with an opening hood and trunk, retro Goodyear tires, and a manufacturer-specific engine, each is a precise replica of the car Chase Elliott will wheel during The Bojangles’ Southern 500.