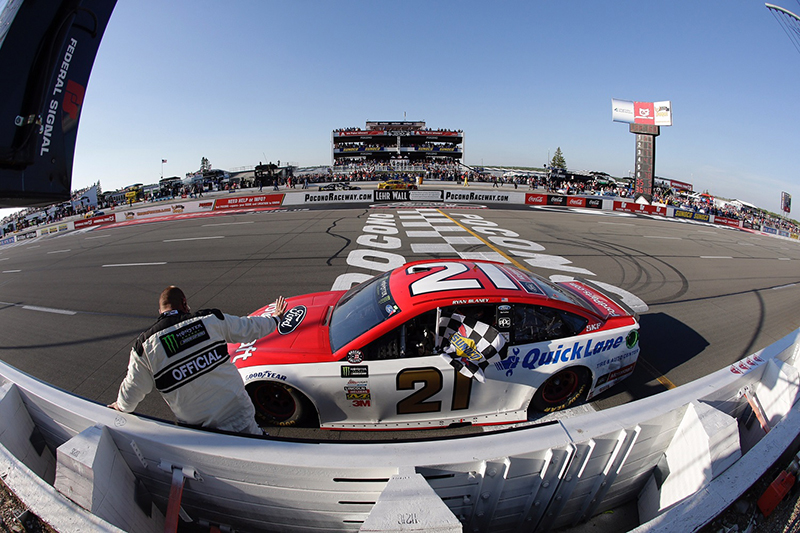 2017 Ryan Blaney #21 Motorcraft  POCONO RACED WIN 1:24 Diecast Car. He may be relatively new to the Monster Energy NASCAR® Cup Series™, but Ryan Blaney fought for his first win like a veteran racer.Passing the lead car after the last restart, Blaney dodged, blocked, and outran his nearest competitor, driving the iconic No. 21 Motorcraft Ford Fusion to Victory Lane at Pocono Raceway. It was the 99th win for the legendary Wood Brothers Racing and the first in the series for Blaney.Don’t miss the Action Racing Collectables Race Win die-cast that commemorates Blaney’s milestone victory. Offered in both 1:24 and 1:64 scales, each is detailed with all the dirt, scuffs and debris seen on Blaney’s car in Victory Lane and produced with authentic details like rolling Goodyear tires and an authentic decal package. Also available in a metallic Color Chrome finish.