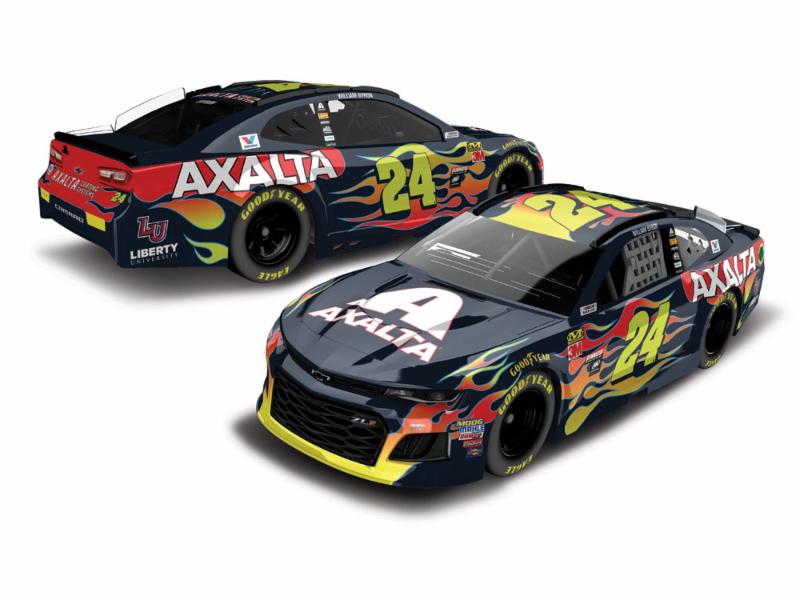 Since its founding in 1984, Hendrick Motorsports has built a legacy that is simply unrivaled with a record 12 team owner championships in NASCARísÆ top series and a staggering 249 victories. Yet the team will begin an all-new chapter when the 2018 NASCARÆ season kicks off at DAYTONA International Speedwayô. Not only will the new Chevrolet Camaro ZL1 makes its series debut at DAYTONAÆ, Hendrick Motorsports will take to the track with some new faces behind the wheel. Drivers Alex Bowman and William Byron will take the reins of two beloved car numbers ñ the No. 88 Nationwide Chevrolet and the No. 24 Axalta Coating Systems Chevrolet. In addition, the iconic No. 9 will make its first laps for Hendrick Motorsports with NAPA-sponsored driver Chase Elliott, keeping the winning car number within the Elliott family. Even the No. 48 of team veteran and seven-time champion Jimmie Johnson will sport a new look at DAYTONAÆ with a re-imagined Loweís paint scheme.

Lionel Racing is excited to offer the die-cast of these milestone cars and introduce its all-new Chevrolet Camaro tooling to Hendrick Motorsports fans.

Lionel Racing has reconfigured its 1:24-scale Action Racing Collectables (ARC) tool to be a lower-priced hood-open version. Plus, for the first time, Lionel Racing is making a brand-new 1:24-scale ELITE die-cast available to all customers. Each of this 2018 Hendrick Motorsports die-cast is also available in a 1:24 ARC Color Chrome finish and in 1:64-scale.